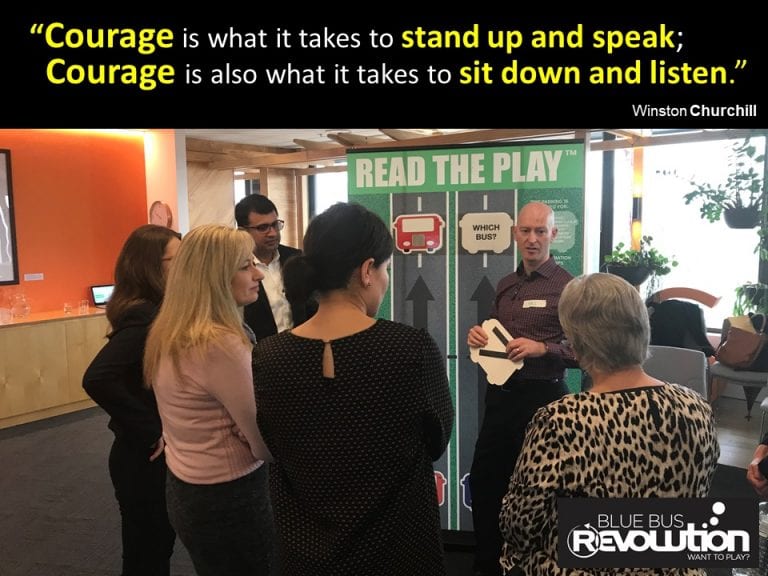 A recent HBR article about Boeing got me thinking: How many organisations have a Boeing-size blind spot waiting to bring them down?

Last year was reported as Boeing’s best in history. Now they are on their knees. The loss of 324 souls in two crashes of the 737 Max appears to be just the tip of an iceberg of deep cultural issues.

Why does it take an existential crisis before whistleblowers came out and cite long known safety and quality issues? Why was it hard to speak up?

‘On paper’ Boeing has a Speak Up policy that claims “employees are comfortable raising concerns without fear of retaliation”. But fear they do.

Blue Bus provides a ‘common language’ so it’s safe to speak up and we see past our blind spots where ‘troublemakers’ are heard as voices of courage who lift the lid on issues.

Blue Bus leaders have the courage to listen to the uncomfortable truths and resist getting on Red Bus (fight) and Green Bus (flight). However, because the culture was Red and Green Bus, Boeing missed the opportunity and cost will run into tens of billions.

Which bus do you have the courage to drive?